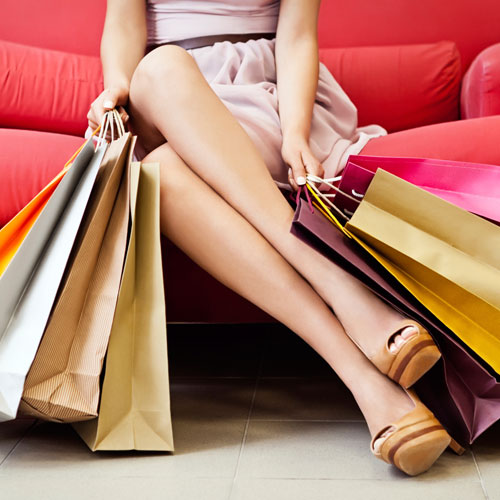 You wouldn’t expect an astrophysicist to approach rock star status, especially one whose record as a scientist is described by academic colleagues as "sound, but not extraordinary.” You also wouldn’t expect an astrophysicist to write bestselling books, host a multimillion-dollar TV series, or be named one of the 100 most influential people in the world by Time magazine.

Dr. Neil DeGrasse Tyson has become a household name as well as the most famous person in his field since Carl Sagan not because he necessarily knows more about his specialty than anyone else and not because he accomplished any sort of incredible breakthroughs in his field.

No, he became a huge pop culture celebrity simply because he engaged in the type of Story Selling that attracts an audience and used it to communicate his expertise in the most accessible way possible. That allowed him to gain what we call “The X Factor,” something any professional or entrepreneur should acquire in order to presell themselves to the affluent.

Tyson illustrates a very important principle when it comes to marketing to the affluent. It's not enough to simply be an expert, you also have to demonstrate your expertise in a reputable public forum that directly connects you to your target audience. When that’s done right, even an astrophysicist can become a media superstar. So why not a doctor, lawyer, fitness expert, real estate agent, or CPA?

To quote a Forbes article, “There are many powerful aspects to positioning yourself as an authority for your brand. Remember, by raising your own profile, you will, in turn, raise the profile of your company. You’ll also significantly widen your reach. The bottom line is, people buy products from brands that they know and trust. And they’ll trust you, once they know where to find you.”

Creating that trust is essential to reaching the affluent market. Which is why working to develop the X Factor is one of the best business moves you can make. Following are five proven strategies for bringing the X Factor into your business persona.

Sometimes all that’s necessary to be recognized as the authority in your field is just being able to exhibit expertise when the opportunity arises, even before you’ve reached a higher level of experience and knowledge.

For example, a doctor, who, when he was still only a medical student, appeared as an expert on a local Sunday night radio call-in show entitled Ask a Surgeon. After he graduated, he became a regular co-host on a relationship advice program that aired every weeknight on the same radio station. The program became so popular that it went national after a few years, and then made the jump to TV.

Based on his celebrity brand alone, investors put $7.5 million into the pot in October of 1999 when he was ready to start DrDrew.com, an online community designed to give health advice to young adults. Talk about reaching an affluent target group!

Heidi Roizen, managing director of the Softbank Venture Capital Fund, said at the time, “Dr. Drew has the ear of a large and important audience. He’s earned their trust and respect. We hope to build on this great franchise with ever expanding content, community, and commerce opportunities.”

Because effective communication is all-important to the X Factor, professional jargon and overly technical phrasing should be avoided at all costs when you’re out there talking about your field. The idea is to explain everything in clear, easy-to-understand language, so you keep the average person’s attention and help them “get” what you’re talking about.

As previously discussed, X Factor master Dr. Neil DeGrasse Tyson works hard to make difficult scientific concepts comprehensible to the average person, even going so far as to use a reference to such network comedies as Family Guy or The Simpsons to make a point.

Most professionals and entrepreneurs are content to market themselves through normal advertising venues and techniques. We encourage clients to use a different approach that expands beyond those conventional methods, by generating useful and credible content in one’s field through these platforms, which distinguishes them from those that merely trumpet their greatness through paid advertisements.

For example, a fitness expert who writes a book has a verifiable, tangible item that both promotes expertise as well as delivers added prestige. A real estate agent who contributes a home buying and selling advice column in the local newspaper or a call-in show on a radio station accomplishes the same feat. In both examples, the professionals are:

a) the featured attraction,

b) demonstrating mastery of their field, and

c) immediately raising the value of their names by providing content through a respected media outlet.

That’s a whole lot more effective (and credible) in reaching the affluent than buying a commercial or print ad that any competitor could easily duplicate.

If you want to gain the X Factor, you also have to exceed the profile and exposure of your competition. As we just mentioned, generating content is one method of doing that; another is simply finding new venues for exposure and new paths to influence that competitors aren’t exploiting.

For instance, a dentist who specializes in implants and spends two or three hours a month speaking directly to affluent clubs with older members and informing them about the advantages of implants stands a much better chance of growing their business than the dentist who doesn’t do any outreach.

To fully galvanize an affluent audience and motivate them into buying a product or utilizing a service, your message has to excite that audience on a deep psychological level. By keying into who the audience is and what their wants are, you’re able to build a strong relationship that goes beyond standard marketing interactions.

This aspect of the X Factor can also be obtained using your charisma and ability to engage a crowd. Contrary to popular belief, these qualities can easily be taken on when you’re willing to train and learn. To quote the Harvard Business Review,

". . . charisma can be learned through deliberate practice. Bear in mind that even Winston Churchill, one of the most charismatic figures of the 20th century, practiced his oratory style in front of a mirror."

The X Factor, being seen as a visible, engaging expert in one’s field, can go a long way towards launching your business to a new level of success within the affluent marketplace.